Amazon Alexa helped to ease the pain of my dying wife while battling against cancer.  The Amazon Alexa App allowed me to integrate security camera devices and homedeivce hubs tallow her toter off the lights without getting out of bed.  The Ring skills interface with the Alexa app gave me peace of mind while I was at work to simply pick umps phone to gaze and look at security alerts and view or speak to home care workers when she was on palliative and finally hospice care.   Amazon Alexa was a peace of mind solution for myself and many other 55+ communities beforehand after the COVID-19 pandemic response.  At the time of this writing over 180,000 Americans have died because of a failure of action in my opinion.   I was able to see my wife dying from cancer 24 hours a day from anywhere in the world.  That is what I mean by a peace of mind solutions. 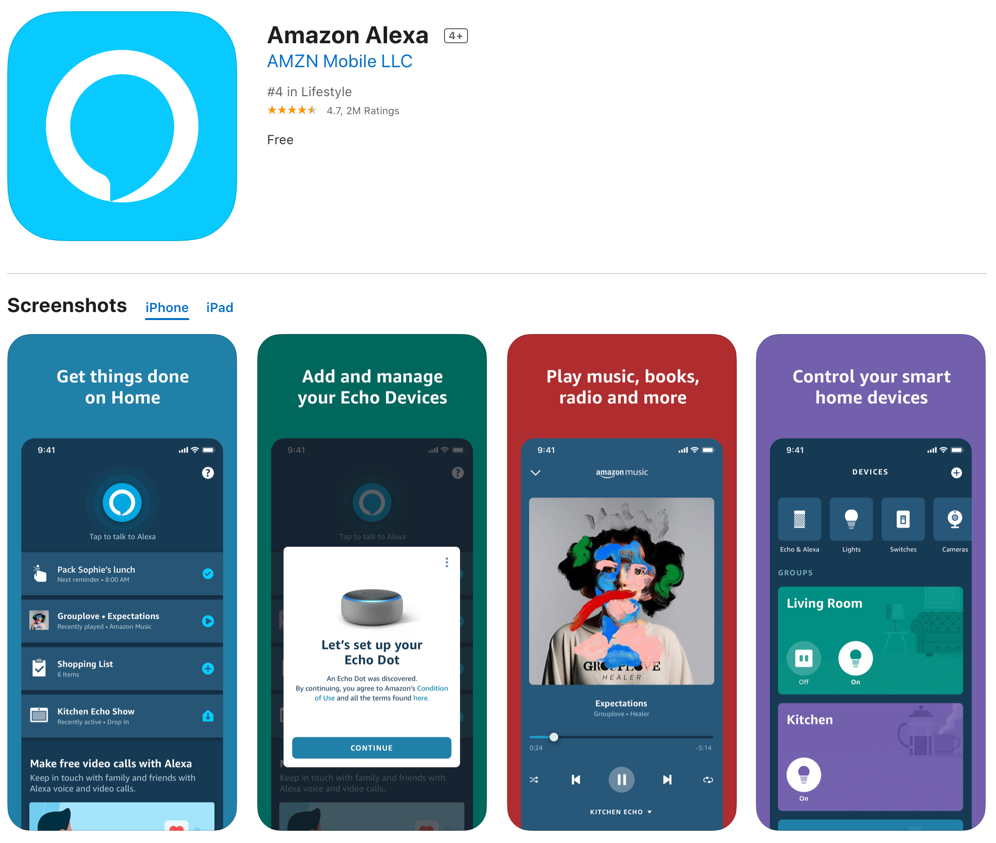 Since it was first announced in 2014, Amazon’s Alexa personal assistant has become a resident in thousands of homes, is consulted by exercising adults and studying children, plays music, turns on the air conditioning, guards the house, and tells you whether it’s going to rain. As of January 2019, according to Amazon, 100 million Alexa devices have been sold. 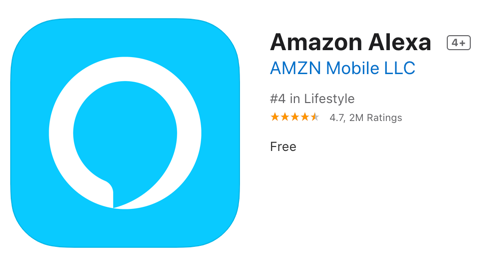 The types of devices that use Alexa are multiplying as well. What started with the Amazon Echo and Echo Dot smart speakers has now expanded into a wide range of helpful speakers, clocks, displays, and other tech. Many are being sold as part of Amazon’s own Echo line, which most recently includes the Echo Buds, Echo Flex, and even a pair of smart glasses called the Echo Frames. Amazon also has incorporated Alexa into its Fire Stick (that lets you control your TV) and Fire line of tablets.

Other companies have jumped on the bandwagon as well, including Acer, Sonos, Lenovo, Sony, and Bose, among many others.

But which Alexa-based device should you buy? And once you have Alexa, what do you do with it? The Verge Guide to Amazon Alexa can help. We offer reviews and coverage of the latest Alexa-containing devices, along with tips on how best to use Alexa and its various skills (Amazon’s term for Alexa’s apps).

So fire up your smart speaker and let Alexa help.

To use Alexa, you have to trust Amazon

Like any good salesperson, Amazon has focused more on the benefits than the cost, which means the recent revelations have come as a surprise. On a technical level, it’s not surprising that a voice assistant could not be fully automated, and that human beings might need to listen in to improve the system. But Amazon and other companies were never clear about that part of the bargain, so customers simply didn’t know.Much of yesterday’s privacy push seems to be about convincing users Amazon is aware of these new concerns, and is responding to them. If you’re freaked out by the idea that Alexa might mishear a wake word and start recording, they’ll give you a command that lets you check for that. If you’re worried about a growing catalog of voice recordings sitting on an Amazon server somewhere, they’ll give you a way to delete them. In the move-fast-and-break-things school of tech ethics, this is how progress happens. You release a product, objections arise, and you fix the objections. It’s a little messy, but as long as you address customer concerns, you should end in a good place — or so the thinking goes.But privacy is more than just a set of features. Accepting Alexa into your home (or into your glasses) means believing that Amazon isn’t somehow taking advantage of the data you’re giving it. In short, you have to trust them. Every time Alexa expands into some new domain, more trust is required — and every time the service screws up, that trust gets harder to maintain. Seen from that perspective, the new privacy measures could be too little, too late